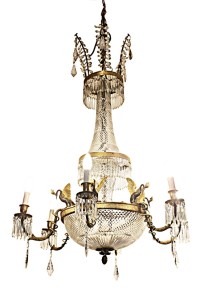 This russian Empire chandelier was for many years in the roman apartment of the italian literary critic Natalino Sapegno (1901 – 1990), one of the 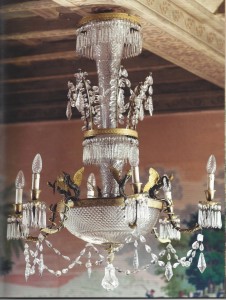 most distinguished historians of the 900 Italian literature. Very famous are his commentary on the Divine Comedy of Dante Alighieri and its Compendium of History of Italian Literature 1936-1946 whose pages have formed generations of students. His roman house was frequented by well-known academic, intellectual, artistic and political people and they could appreciate the strictly Empire style which charactarized the furnishings of all the rooms. The “art-director” of this furniture was Sapegno’s wife, Mariella, whose adviser was Mario Praz (1896 – 1982) the notable italian critic of art and literature, whose passion was the neoclassical art. Praz was her guide for the first purchasing, which were the origin of a beautiful rich collection to which it belgons the chandelier in the picture. I bought it in 2011 at the Porro’s Auction in Milan for the sale of paintings and furnishing from the house of Natalino Sapegno. It is a gilt bronze chandelier with cut crystals and it is composed of a large cup from which extend six gilded bronze arms, each wrapped by a snake in attack position against the ibis – the sacred bird of the Nile – which is leaning against the edge of the cup. There are two stems shaped like an inverted trumpet, one inserted in the other and the final part is enriched by curved stems with leaves and pendants (h 120 cm, width 85 cm). For more info: galleriabaroni@gmail.com. 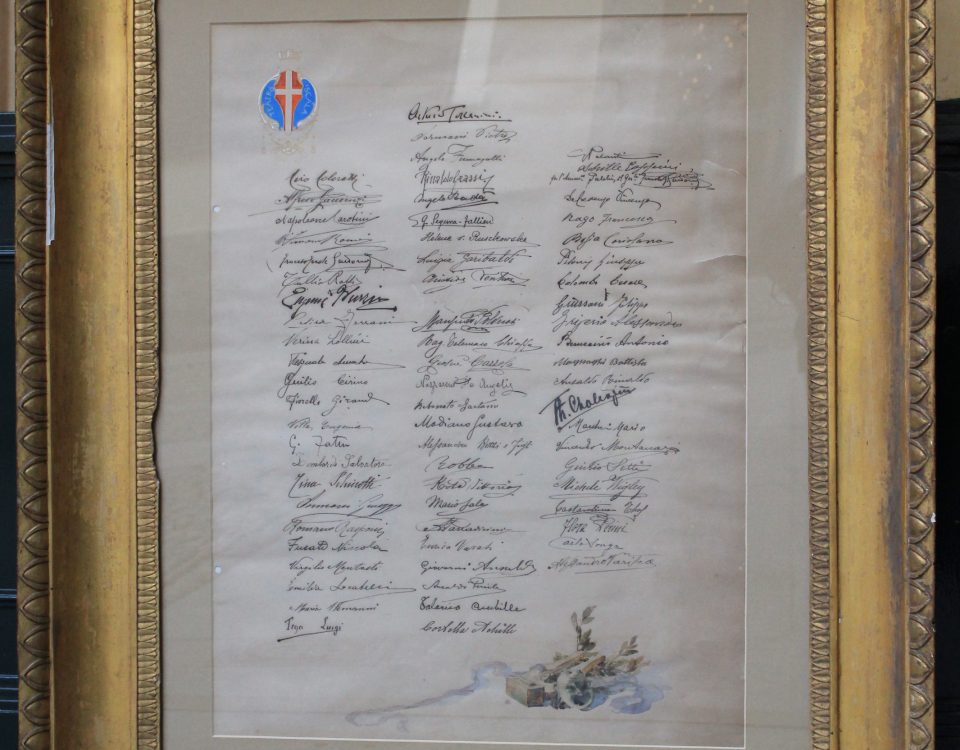